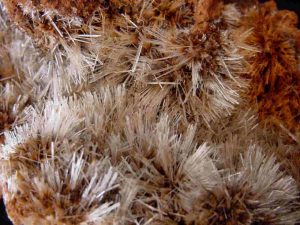 The First Life: Ediacara Biota Gallery showcases some of the finest examples of the oldest known examples of complex, multicellular animal life on Earth.

The Ediacaran soft-bodied creatures lived on microbial mats on shallow seafloors. When smothered by sand they were preserved as mineral ‘death-mask imprints’. The fossils are simply the moulds and casts of their squashed bodies preserved as imprints in sandstone layers.

The fossils of these soft-bodied creatures were collected from many sites in the Flinders Ranges, South Australia. They were the basis for defining the first new geological period in over than a century: the Ediacaran Period. This new rung in the ladder of geological time is defined by a marker or ‘golden spike’ in the Flinders Ranges National Park.

Fossils of the Ediacara Biota, first discovered and realised by the late Reg Sprigg AO in the Ediacara Hills and later discovered at many sites in the Flinders Ranges, north of Port Augusta and south of Marree. Ediacara fossils are unique as the oldest large and complex organisms on Earth, preserved as impressions in sandstone. They gave their name to the Ediacaran Period, the first new major time division to be defined in 120 years, and the first based on rocks in the Southern Hemisphere. The base of the Ediacaran is fixed as a point in rocks of the Flinders Ranges National Park, following a many decades of research on the fossils and rock formations of South Australia. Current research on Ediacara fossils is focused on excavating serial fossil seafloors in order to understand the ecology of these ancient marine communities.

Fossils from the Early Cambrian Period, from many places in South Australia, represent the next chapter in the history of marine animals — often referred to as the “Cambrian explosion” of animals. Our research has focused on fossils of the Emu Bay Shale Biota that preserve minute details of early animals with and without mineral skeletons. These fossils preserve not only body outlines, but also gut contents, appendages and even eyes, in almost live quality. Together with tiny shells and other microfossils from Cambrian rocks of South Australia, the Emu Bay fossils document the rapid evolution of marine life following the extinction of most Ediacara fossil groups. Our research is helping to understand the palaeoecological changes that led to rapid evolution of animal groups which are present in modern marine ecosystems.